Since November 2009, Colleen has had two online stores that feature her original designs for animal lovers, pet owners and advocates of rescue. They are quite literally a “pet” project that combine her two biggest passions: design and helping homeless animals. The goals are to raise money and increase awareness for shelter pets. All proceeds from the stores (featured in a Frederick News Post article) are donated to the care and rescue of shelter animals. 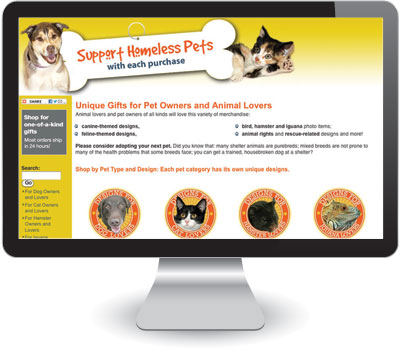